TRAIL OF DOOM in Post-Production Now!

In May we shot my second feature film as a director, TRAIL OF DOOM (aka "The Death of Our Art".  This unusual "found footage" style horror-comedy was very loosely based on a lot of true stories.

Yes, I said unusual. We did this on a microscopic budget and all of the crew members were also playing exaggerated versions of themselves on camera. (Yes, even Yours Truly.)

We're in post-production now and expect the film to make its festival debut by the end of this year. 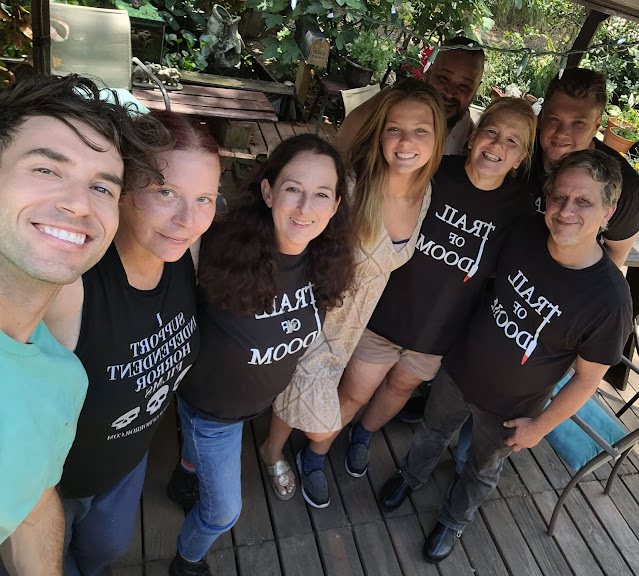