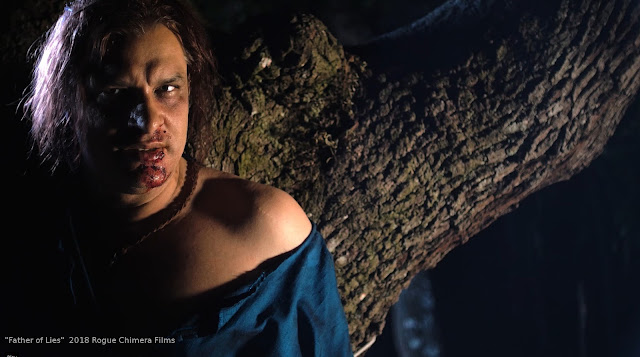 "Father of Lies" will have its first public festival screening at the Shawna Shea Film Festival in October.

Unfortunately, I will not be able to attend the premiere of my latest directing attempt because this festival is taking place the same weekend as the Women in Horror Film Festival, which I've already committed to with The Haunt screenplay.

But Camera Op / Editor Manny Serrano will be in attendance to represent "Father of Lies". I'm sure he'll be telling all kinds of stories about behind-the-scenes on this film.